Soft Revolvers is an audiovisual performance for 4 spinning tops built with clear acrylic by the artist. Each top is associated with an ‘instrument’ in an electronic music composition and the motion data collected by sensors – placed inside the tops – informs musical algorithms. With their large circular spinning bodies and their role as music playing devices, the interfaces strongly evoke turntables and DJ culture, hip hop and dance music. LEDs placed inside the tops illuminate the body of the objects in a precise counterpoint to the music, creating stunning spinning halos. 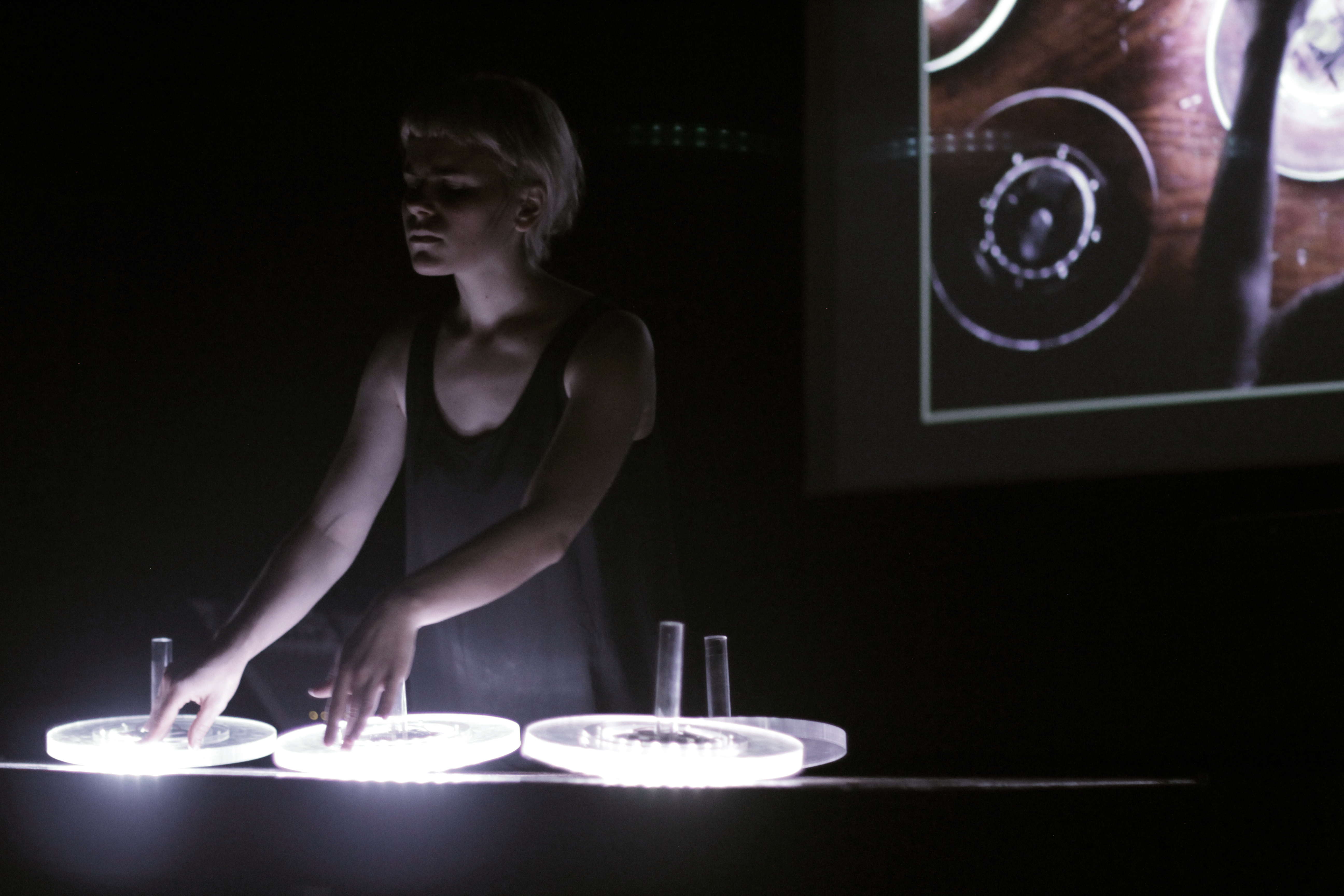